When an eruption in the Kīlauea caldera occurs, vents pour molten hot lava into the crater, creating a glowing red lake visible for miles. Many in the Islands know this majestic spectacle of nature to be a display of the power of Pele, the Hawaiian goddess of fire, her powers of birth and destruction revealed in her home at Halema‘uma‘u crater. This otherworldly image of the living, moving, glowing, red lake of molten rock inspires many to capture the view as they visit Hawai‘i Volcanoes National Park. That same view was also captured by visiting artists in the romantic landscape and scientific inquiry periods of the late 19th and early 20th centuries, by a group of painters referred to as the Volcano School.

HoMA has three works by Volcano School painters currently on view: Jules Tavernier’s An Eruption, Hawai‘i, Ambrose Patterson’s Mount Kilauea, The House of Everlasting Fire, and Charles Furneaux’s Untitled, all displayed in the John Dominis and Patches Damon Holt Gallery of the Arts of Hawai‘i.

Jules Tavernier, one of the most important Volcano School painters, arrived in Hawai‘i in December of 1884. He created paintings that came to characterize the genre with dramatic scenes of molten lava bubbling under diffused moonlight, jagged black cliffs, and fiery glows, as seen in his nocturnal view of Kīlauea. 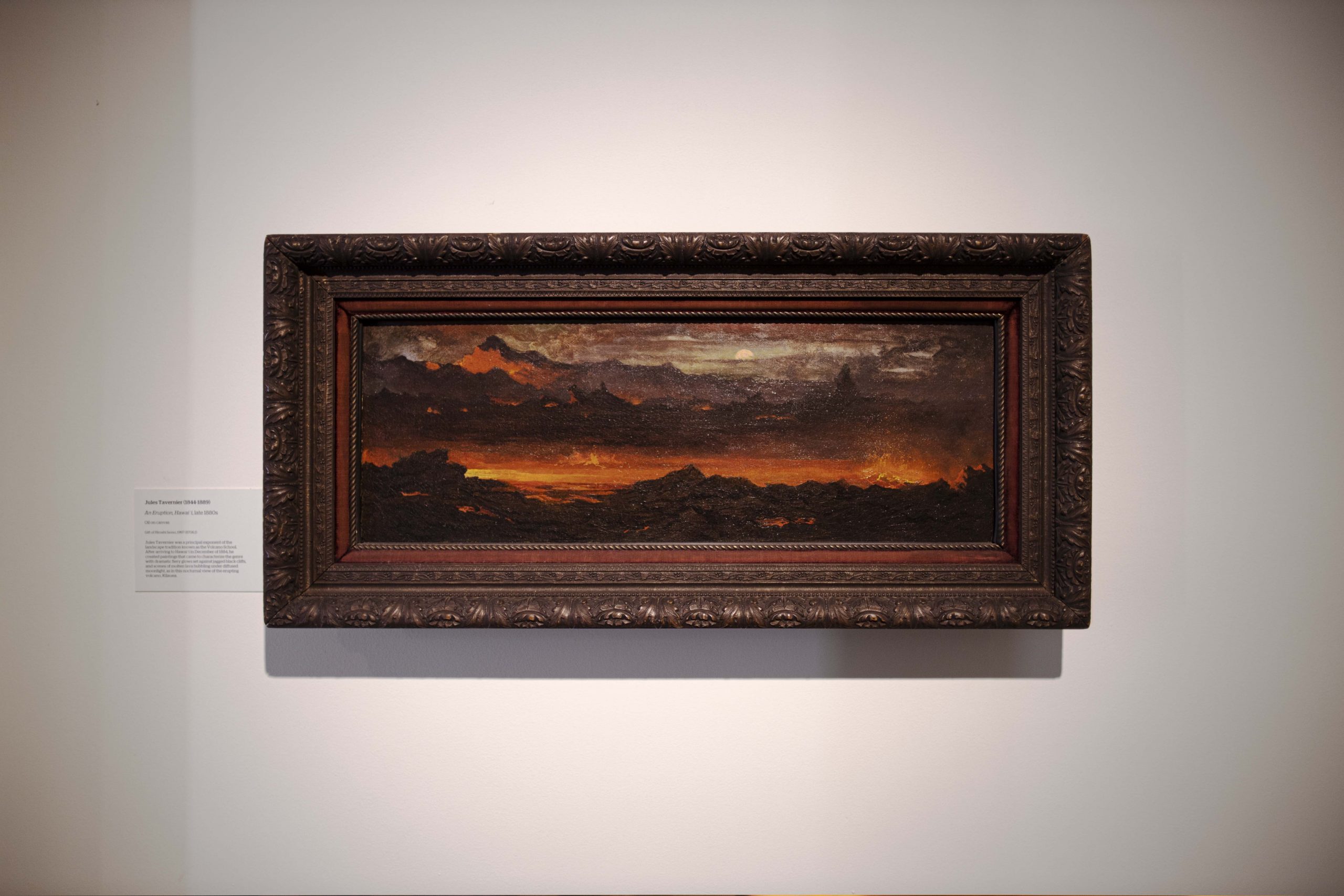 Australian painter and printmaker Ambrose Patterson arrived in Hawai‘i on a stopover in 1916, and decided to stay with a friend in Honolulu, where he remained for the next 18 months. Patterson was described as having particular interest in Kīlauea, incorporating the subject into many of the paintings and block prints he produced during his time here. 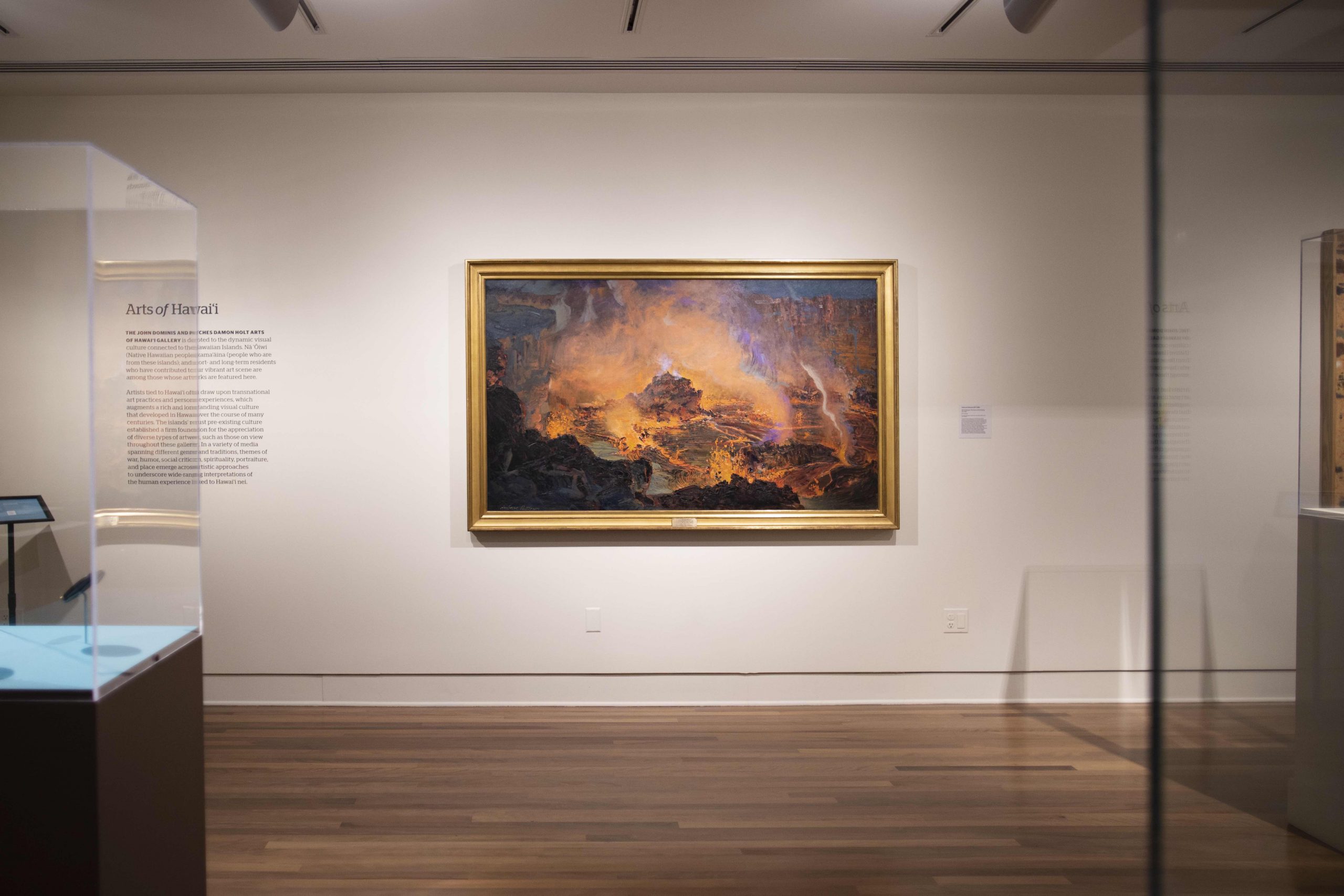 In 2016, HoMA unveiled the exhibition Charles Furneaux and the Sublime, showcasing the fiery Hawai‘i volcano scenes that have intrigued viewers since Furneaux began painting them in the late 19th century. In a blog post announcing the exhibition, Furneaux’s paintings are described as “among the most sublime depictions of smoldering lava pools, lightning bolts over the ocean, steaming vents and heavy clouds signaling the active presence of the volcano.” At the time, the exhibition debuted a major museum acquisition—the untitled painting by Charles Furneaux (pictured below) that was cleaned and professionally restored by Larry and Rie Pace. 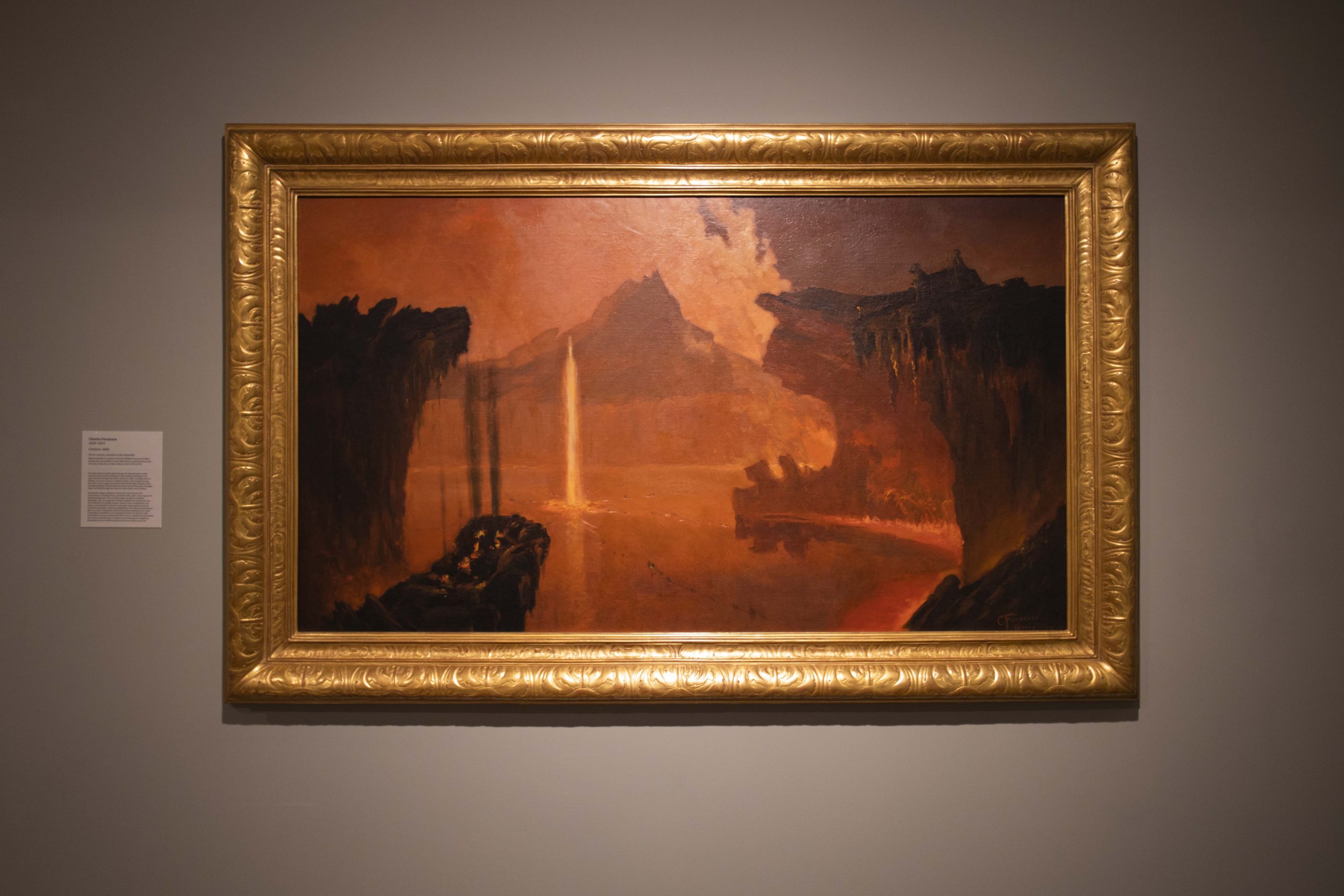 Posted by Maggie Engebretson on December 28 2020