Home
Stories
A Grandmother’s lei
Back to Stories

On January 31, we honor His Hawaiian Majesty, King William Charles Lunalilo, born on this day in 1835. King Lunalilo ascended the throne in 1873 after winning an election held by the Kingdom Legislature. Lunalilo had desired that the government be more democratic, so he insisted there be a popular vote, even though it would be unofficial. The people voted overwhelmingly for Lunalilo, and the legislature echoed their decision. Sadly, he only reigned a single year before he passed away in 1874. He was permanently laid to rest in a mausoleum at Kawaiaha‘o Church.

In the museum’s collection is a lei hulu (feather lei) originally belonging to King Lunalilo’s grandmother, Princess Miriam Kalākua Kaheiheimālie (c.1778–1842). This lei hulu is made of the bold yellow feathers of the ‘ō‘ō bird, a most likely extinct member of the Hawaiian honeyeater family. At the time of this lei’s creation, special bird catchers would carefully pluck a few feathers from an ‘ō‘ō, then release it back into the wild. The lei measures just 23-1/2 inches long with feathers bound to a center cord, the barbs of the feathers fluffing outward. 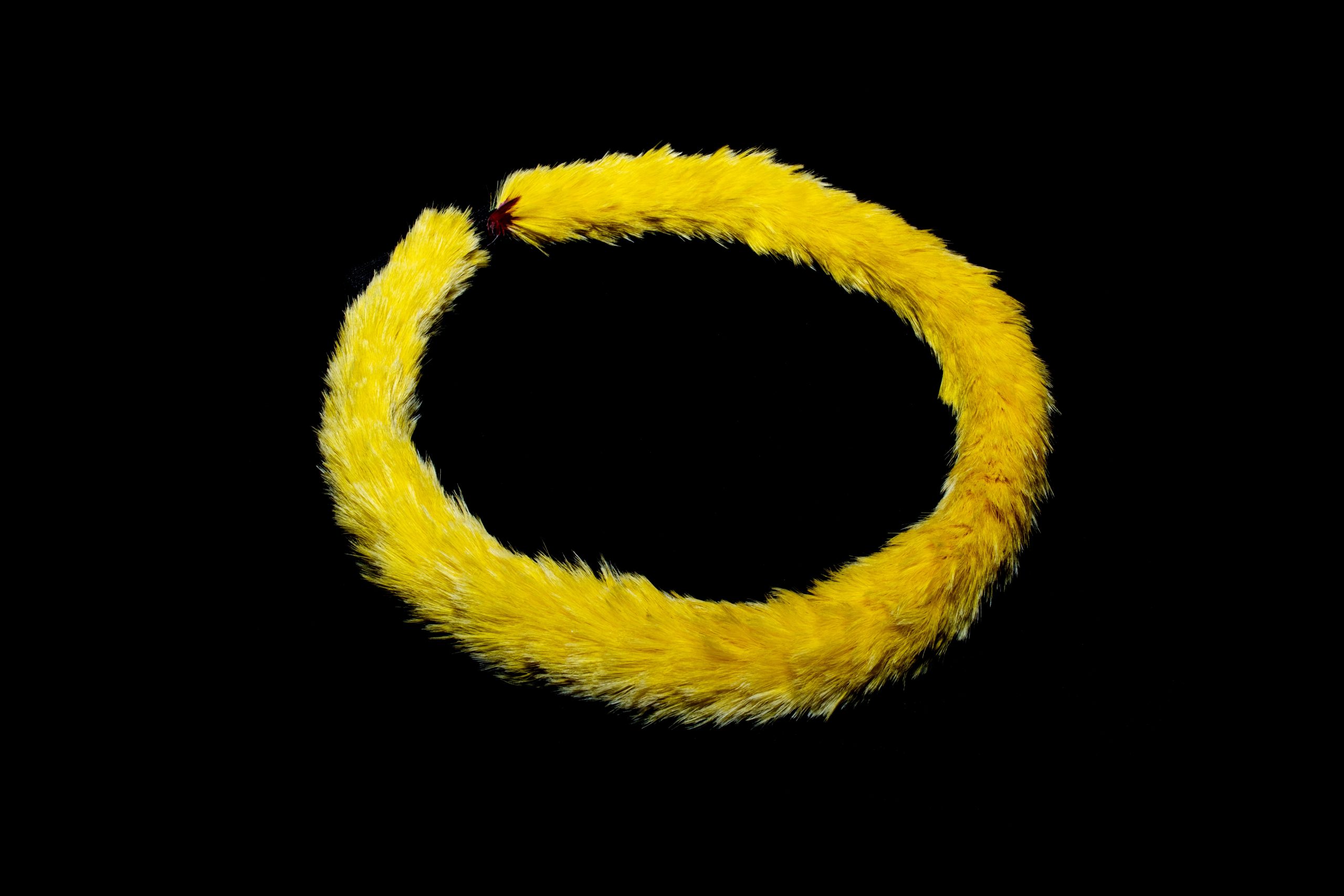 In 1892, H. G. Crabbe presented the lei to British zoologist Robert Cyril Layton Perkins (1866–1955), who eventually gifted it to the museum. The lei likely came into Crabbe’s possession when he served as chamberlain to Lunalilo.