Home
Stories
A well-dressed king
Back to Stories

Portraits of beloved monarchs were highly desired and very popular. The ready availability of lithographic prints allowed people to display quality images in their homes. This particular print shows the handsome Kamehameha IV dressed in a double-breasted frock coat, very stylish in the mid-19th century. The cravat is nattily tied about the young king’s collar. It appears Liholiho’s preference was to secure his cravat in a large flat bow, as pictured. Many of his other portraits show his cravat tied in this fashion, even though there are dozens of other ways to do so. The Art of Tying the Cravat by H. Le Blano, Esq., published in 1829, illustrates thirty-two different styles. 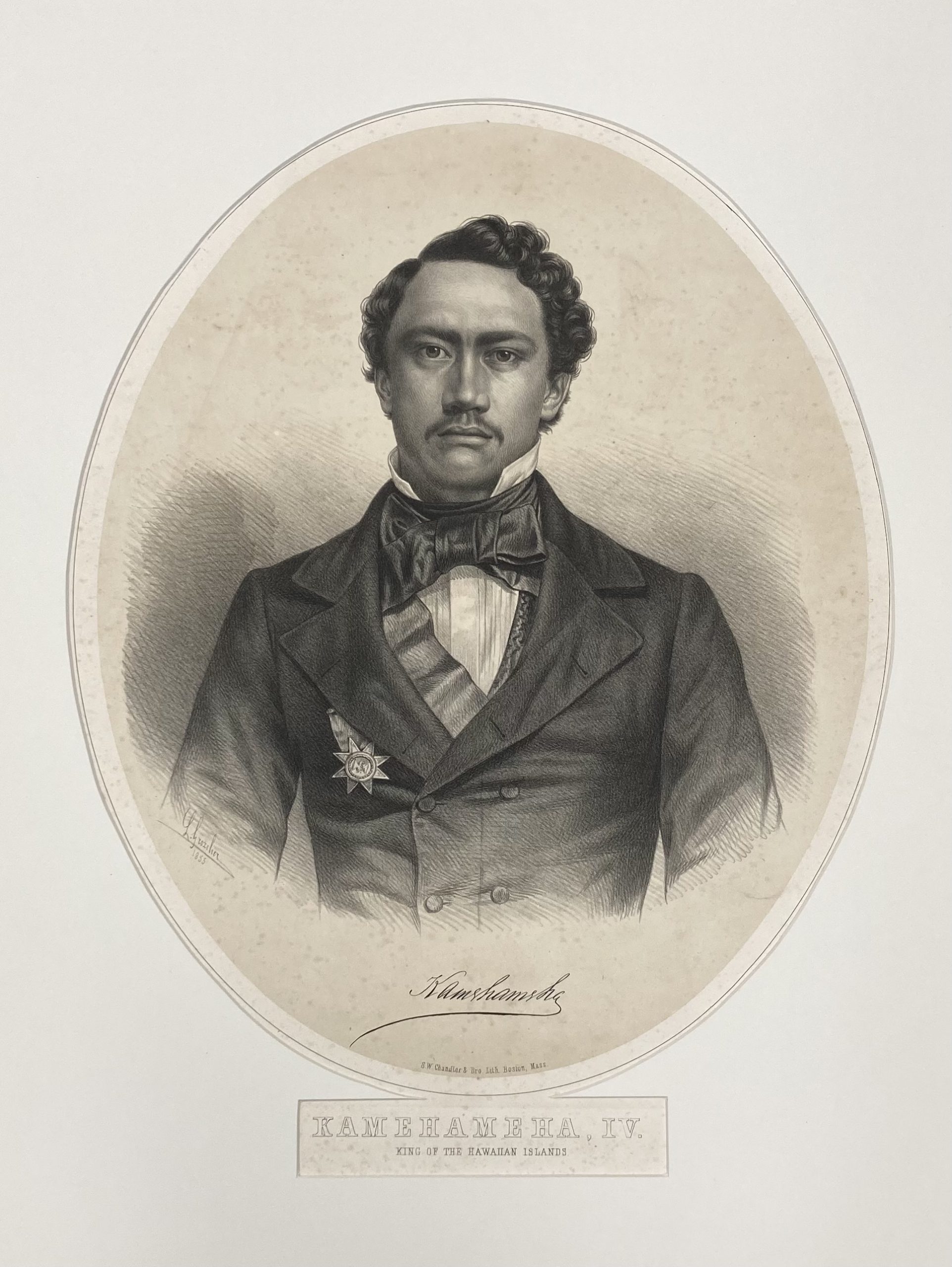 The portrait also displays signifiers of his position; visible in the image is a sash, and on his right breast is an order on a ribbon drape. Liholiho, an Anglophile, dressed similarly to Albert, Prince Consort to Queen Victoria of the United Kingdom of Great Britain and Ireland, whom he met on a trip to England. On April 20, 1850, Liholiho wrote in his diary about meeting Prince Albert, “The Prince was dressed very plainly, he had on the Blue ribbon [sash] as his only sign of royalty about him.”

Posted by Tory Laitila on February 9 2021