French Impressionist Claude Monet often painted in series and en plein air (outdoors) in order to capture the changing effects of light, atmosphere, and weather on his favorite, recurring subjects—rivers, cathedrals, haystacks, and water lily ponds. Monet gained critical and commercial success during his lifetime and in 1883, he and his family moved 45 miles northwest of Paris to the rural village of Giverny. During the next few years, he would expand the grounds and gardens at Giverny, build a Japanese foot bridge, and divert a nearby stream to form a lily pond. An avid gardener, he studied horticultural magazines and consulted with specialists to design his English-inspired flower garden and Japanese-inspired water garden which today are popular tourist destinations.

HoMA’s Water Lilies focuses on the water itself, including the lily pads and reflections of the nearby plants and sky. Without the inclusion of a traditional horizon line, the painting becomes more about color, texture, and light, as opposed to a specific representation of place. Water and sky are almost indistinguishable from one another, and the painting moves toward abstraction. Monet developed cataracts in his 70s, which affected his vision and color perception. In later works, such as this painting, his palette includes intense hues applied in wide brushstrokes that twist and turn on the canvas. 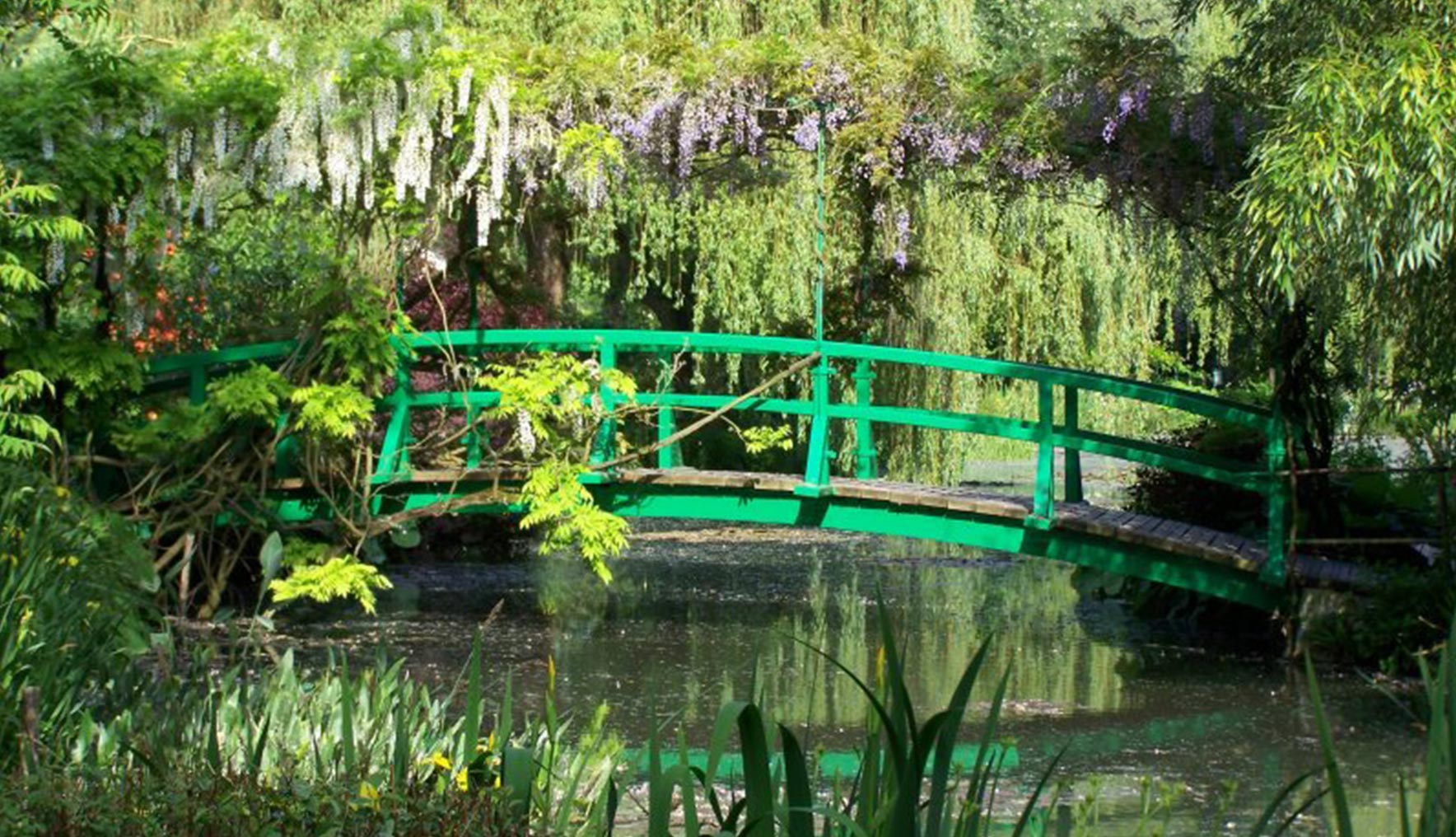 While visitors to Giverny can explore the house and grounds where Monet lived and worked for over 40 years, HoMA’s visitors may experience an extensive art collection and our very own lily pond, located in the Chinese courtyard. The museum was designed and built in 1926 (the same year that Monet died) with open-air spaces to take advantage of Hawai‘i’s temperate climate and outdoor lifestyle. The building’s courtyards and grounds were designed by Catherine Jones Richards, Hawai‘i’s first licensed landscape architect, who included the lily pond as a site for contemplation, beauty, and serenity. After viewing Monet’s Water Lilies, please visit our lily pond, notice the reflections in the water, and form your very own “impressions” of this tranquil space.