Home
Stories
In memory of George R. Ellis
Back to Stories

It is with great sadness that we share the news that George R. Ellis, former Director of the Honolulu Museum of Art, passed away on the evening of June 26, 2021.  George served as the seventh Director of the museum, then called the Honolulu Academy of Arts, from 1982 until his retirement in 2003. Under his leadership, the museum reached new heights, as he championed art education, connection to the local community, and the promotion of a truly global collection of world-class art.

Born (1937) and raised in Birmingham, Alabama; George attended the University of Chicago receiving his Bachelor of Arts in Art History, and later received his Master of Fine Arts in painting.  He began his career as a painter, becoming Assistant Director of the Birmingham Museum of Art, and later Associate Director the Museum of Cultural History at the University of California, Los Angeles.

George’s tenure as Director of the Honolulu Academy of Arts began in 1982. One of George’s greatest passions was education, and during his tenure he led the effort to establish the Academy Art Center at Linekona providing youth and adult learning art education for communities across Hawai‘i. 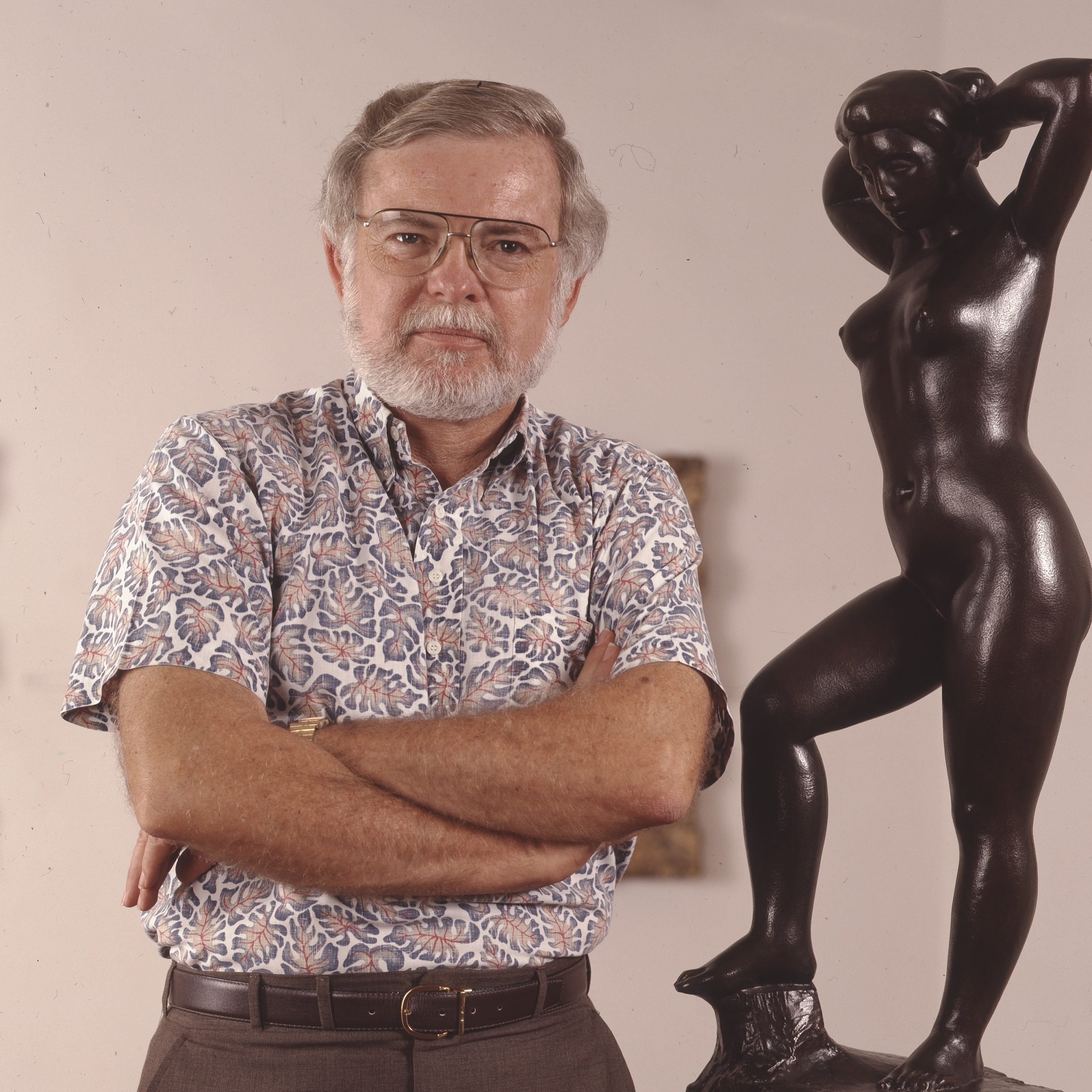 In 1997, George launched his most ambitious plan, renovating the Asian Art wing and expanding the museum with the construction of the Luce Pavilion.  George’s final act as Director of the Honolulu Academy of Arts was opening the doors to Art of the Philippines: The George and Nancy Ellis Gallery (shown in photo at top of page). At the time, the gallery housed the only permanent display dedicated to Filipino art in the United States.

George is survived by his son Joshua, daughter-in-law Christie, and two grandchildren, Drew and Kai. Nancy, George’s wife and best friend preceded him, passing away in 2013.  Arrangements are still being formalized, and condolences can be sent to:

George’s final request was that memorial contributions be designated to The George and Nancy Ellis Endowment at the Honolulu Museum of Art or to The Asian Wing at The Ringling Brothers Museum.

The Honolulu Museum of Art community mourns George’s passing, and he will always be remembered for his many significant contributions in shaping the museum into what it is today.

Posted by Maggie Engebretson on June 28 2021